The UK can expect its first frost of the season in northern parts of the country. Temperatures are plummeting across the country, with some areas falling into the single figures.

Tom Morgan, Met Office spokesman, said that most of Britain “is now seeing a marked change in weather”.

He added how temperatures will plummet from the mid-20s to 11C this week.

The UK will see below average temperatures for this time of the year with risks of frost.

Mr Morgan said: “The next few days will be dominated by low pressure, with gales in the south west and rain sweeping across most parts. of the UK.” 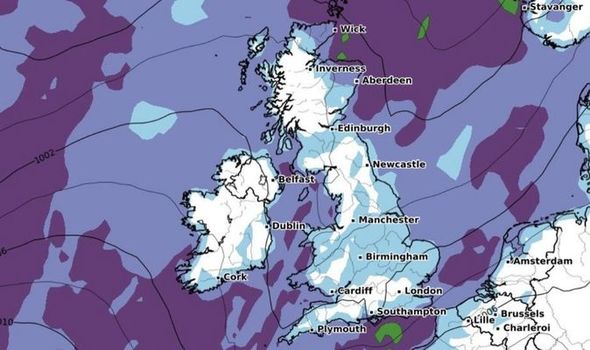 He added that on Wednesday it “was more like autumn with temperatures in north western areas dropping to 11C.”

But on today Britain could see its first frost of the season, according to Mr Morgan.

He said Thursday will bring “strong winds and gales in south Wales and south west England”.

He added: “There could be severe gales with the potential for trees to come down.” 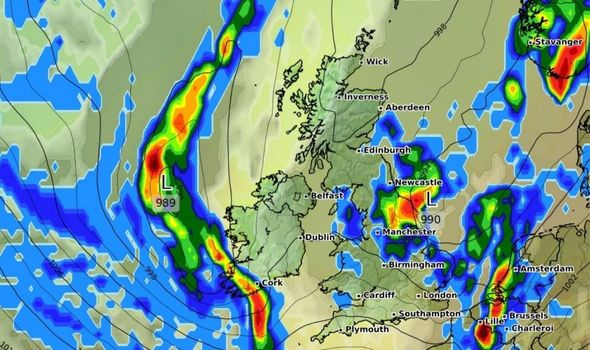 An Atlantic low is bringing in the cold temperatures and heavy rain.

Jo Farrow, Netweather Meteorologist, said: “By Thursday an Atlantic low will be throwing further bands of showers over the UK with strengthening winds and gales for Ireland and south west Britain.

“Then colder air from the north to end the working week.

“This brings the risk of frost, even wintriness in showers over the highest northern peaks.” 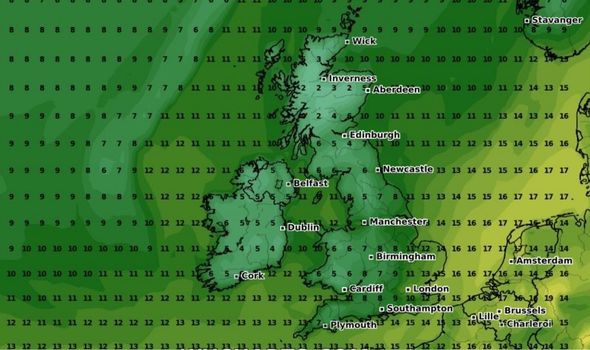 On Thursday morning, temperatures are at risk of reaching single figures.

Heavy rain is set to sweep over most of the UK on Thursday.

Ms Nasir added: “The rain will stall across northern counties of England, clipping the southern and eastern portion of Northern Ireland.

“And it will hang around central and northern parts of Wales. 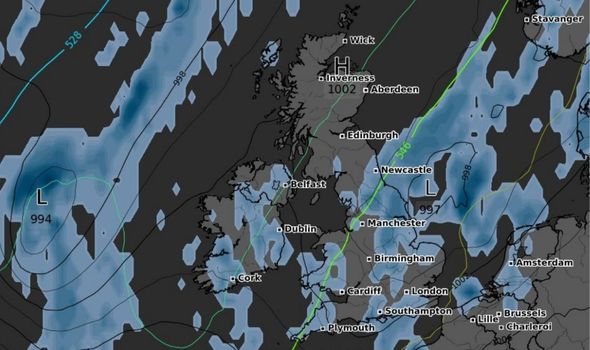 “To the south of that, blustery showers which will track in on a strong wind and those showers could intensify across the southeast later on in the day.”

By Friday, forecasters have warned that Britons will need to wear coats and hats as strong winds continue to batter the country.

Ms Farrow said: “By Friday you will be noticing the wind.

“It does ease off slowly during Friday evening but before 10pm it will feel cold, you’ll need a coat and hat.”