Autumn weather has well and truly arrived for the UK, with persistent rain, cold temperatures and even some frost on the ground. However, it seems this year winter has arrived early, with forecasters predicting a dive in temperatures to -10C.

Ahead of the cold snap, local councils have been readying the gritters to make the roads safer this week.

The cold conditions have been dubbed a 1,000-mile-wide ‘Norwegian barrage’ and are due to conditions over the Pacific Ocean.

The Weather Outlook forecaster Brian Gaze has said an “early winter” is on its way, with freezing temperatures expected this month.

And these cold conditions are forecast to continue into November, with the mercury plummeting next month. 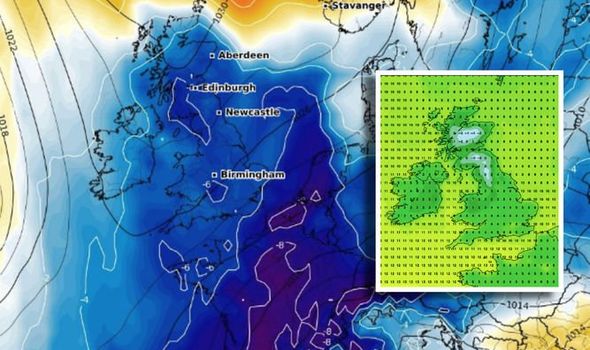 Mr Gaze said: “It looks like an early winter, with the cards stacked in favour of a cold second half of autumn due to La Niña.

“-10C is expected in Scotland and -7C in England by late November, with snow on Scottish mountains now, in northern England from early November and the South at risk from late November.”

The forecaster also cautioned snow and sleet are likely across the Scottish highlands.

The dip in temperatures is due to a climate pattern known as La Niña, bringing cooling conditions to the surface ocean waters across the Pacific Ocean. 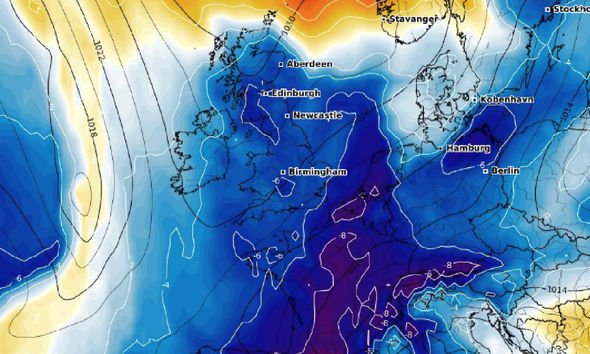 Met Office forecaster Marco Petagna said: “La Niña is developing in the Pacific and raises the chance of early winter cold in the UK.”

La Niña and its warmer counterpart El Niño are the two phases of the El Nino-Southern Oscillation (ENSO).

ENSO is a series of linked weather and ocean-related phenomena.

La Niña occurs when there is a build-up of cooler-than-normal waters in the tropical Pacific.

Netweather forecaster Terry Scholey explained: “A block in the eastern North Atlantic is causing depressions to dive into Europe, bringing a rather cold polar maritime airmass to our shores. 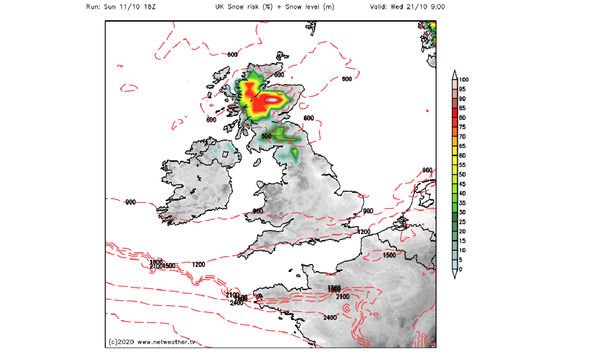 “So we’re really into autumn now, and with winds of Arctic origin likely to persist well into the coming week, you’re certainly going to need that coat or a woolly jumper.”

The oncoming cold weather can be seen on maps from WXCharts, with temperature anomaly charts turning the UK blue in the coming days.

WXCharts, which gets its data from MetDesk, forecasts plunging temperatures over the next week and over the weekend.

The Met Office forecast over the next five days predicts chilly conditions, with showers, winds and murky skies.

The long-range forecast from the Met Office, from Friday, October 16 t0 Sunday, October 25, predicts yet more cold weather, as well as mist, fog and overnight frosts. 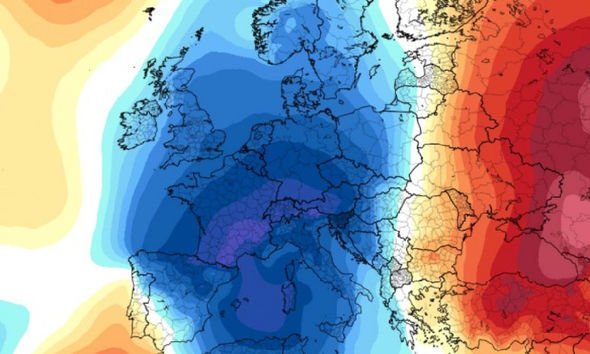 Rain, cloudy skies and winds are expected to continue, with a very autumnal feel to the forecast during this time.

Towards the end of the long-range period, temperatures are “expected to be rather on the cold side in most areas with overnight frosts and patchy mist and fog likely to occur, particularly in the northwest.”

Rain slowly moving eastwards bringing a damp, and chilly day for many though eastern England starting dry. Brightening up for western parts with some sunshine but also showers to end the day.

Heavy showers along the western side, perhaps dying out in the northwest later. Eastern areas staying mostly cloudy and damp with the chance of heavier rain. Chilly and murky between.

Eastern and central parts staying cloudy and damp with some rain but brightening up in the north and west.

Still some showers here, particularly in the southwest. Staying cold.

Outlook for Wednesday to Friday

Showers mainly across eastern areas on Wednesday, some heavy and it will be breezy.