Turkey and Greece have been embroiled in a bitter battle of wills further exacerbated by the intervention of Emmanuel Macron in support of Athens. Turkish Defence Minister Hulusi Akar warned the French President he must stop interfering if the ongoing dispute is to be resolved quickly. Speaking to Channel 4 News, Mr Akar said: “Mr Macron is not contributing to a solution here.

“He is pouring fuel onto the problems and this is why the issue is being prolonged. Mr Macron himself is dreaming.

“He is trying to take on the role of Napoleon, who died 200 years ago. But we can all see that he is neither powerful enough nor tall enough to do it.

“We are not pursuing any kind of imperialistic aims. Here we are protecting our rights and the law.”

The latest bout of tensions between Ankara and Athens is the result of Turkey refusing to back down from conducting energy research in the disputed section of the Eastern Mediterranean. 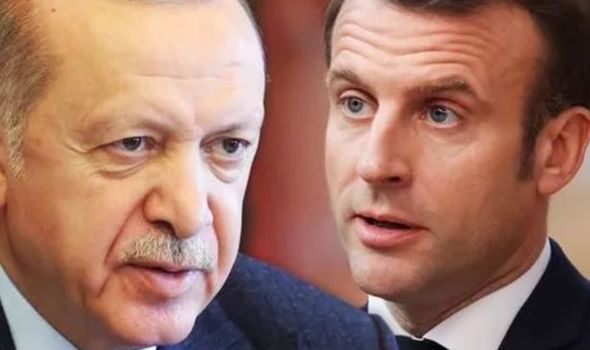 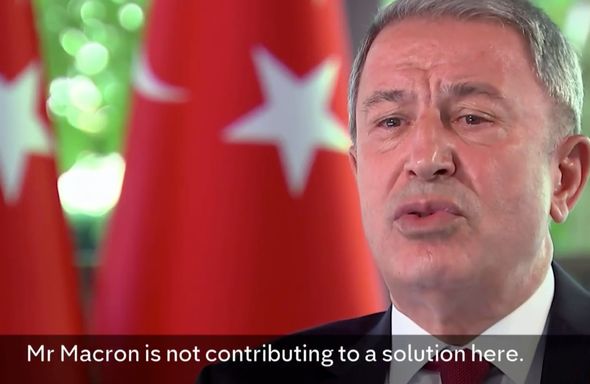 Asked whether his country will keep up with the research, Mr Akar said: “Of course we will continue to do it.

“This is the right and law of out 83 million people and of the nation. This is not a threat against anyone.”

President Macron has been trying to broker a new treaty between Greece and Turkey in a bid to deescalate the tensions but with little success so far.

On Wednesday, former Secretary-General of the Turkish Ministry of National Defence Ümit Yalım claimed Athens had not sovereignty over a group of Aegean islands and should evacuate their citizens immediately.

READ MORE: China to lose US trade status held for 20 YEARS in next crippling blow from Donald Trump 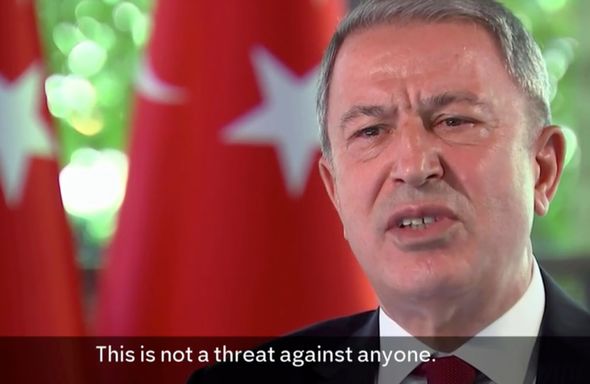 Speaking to Turkish website Haber 7, Mr Yalım said: “The legal status of the islands located in the north of the Aegean Sea was determined by the Six Great States Decision of 1914 and the Lausanne Treaty of 1923.

“The areas of sovereignty and maritime jurisdiction as well as the airspace of the islands of Thassos, Samothrace, Lemnos, Lesvos, Chios, Samos, Ikaria, Psara and Agios Efstratios remained in Turkey.”

Germany, who is currently leading the European Council until January 2021, suggested action could be taken at the European level to ensure Turkey stands down. 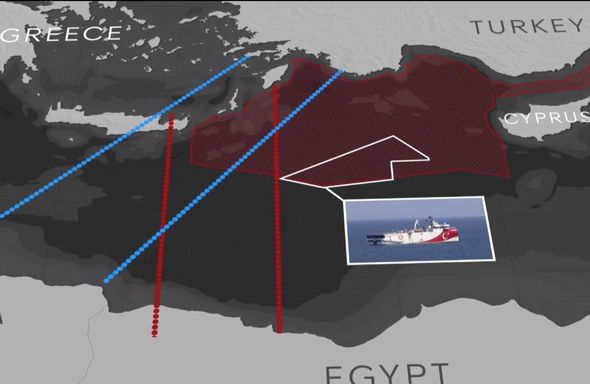 Dr Ernst Reichel, Germany’s ambassador to Athens, told the Standing European Affairs Committee of the Greek Parliament Ankara could soon see the “stick” of the Council.

Dr Reichel said: “Germany, during its European Union presidency, maybe at the next European Council, will talk to Turkey with the threat of sanctions and the general deterioration of its relationship with the EU.

“We must persuade Turkey and the question is how to persuade it. I believe the right answer is with a stick and carrot approach. I want to say that the European Council will show Turkey the stick very soon.”