The group, known as Unit 29155, is believed to have operated for at least a decade, yet Western officials only recently uncovered the true extent of its reach. Intelligence officials in four Western countries say it is unclear how often the unit is mobilised and warn that it is impossible to know when and where its operatives will strike. The purpose of the covert unit is said to carry out missions under orders from Putin to “destabilise the West”.

Hidden behind concrete walls at the headquarters of the 161st Special Purpose Specialist Training Centre in eastern Moscow, the unit reportedly sits within the command hierarchy of the Russian military intelligence agency, widely known as the GRU.

Though much is still unknown about the GRU, intelligence agencies have started to paint a clearer picture of its underlying architecture.

In the months before the 2016 US presidential election, officials claimed two of the intelligence agency’s cyber units, known as 26165 and 74455, hacked into the servers of the Democratic National Committee and the Clinton campaign.

Robert S. Mueller III, the special counsel overseeing the inquiry into Russian interference into the election, indicted more than a dozen officers from the units, though all still remain at large. 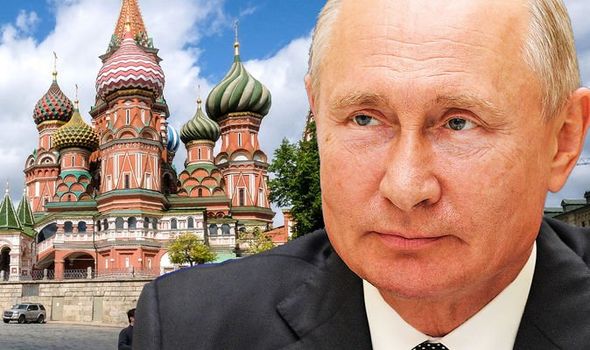 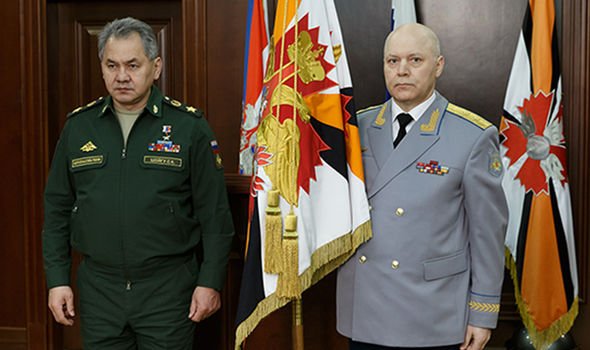 Russian officials have denied the allegations multiple times and Russian Foreign Minister Sergey Lavrov claims he is “astonished” by the “nonsense” claims.

But the intelligence services also report that officers from Unit 29155 travel to and from European countries frequently.

A photograph taken in 2017 shows the man who is believed to be the unit’s commander, Major General Andrei V, posing with Colonel Anatoly V. Chepiga – one of two officers identified over the poisoning of a former spy, Sergei Skripal in Salisbury.

An official from one European security agency told the New York Times in 2019: “This is a unit of the GRU that has been active over the years across Europe.

“It’s been a surprise that the Russians, the GRU, this unit, have felt free to go ahead and carry out this extreme malign activity in friendly countries. That’s been a shock.” 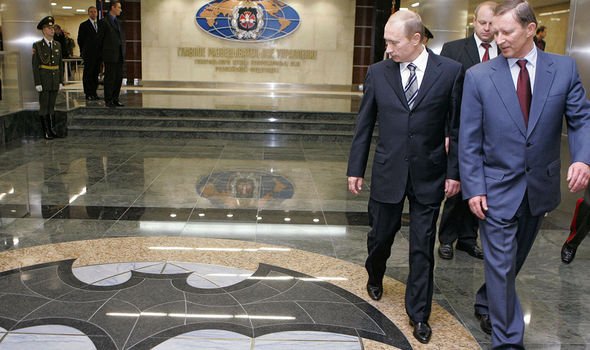 Western intelligence agencies first identified the unit after the failed 2016 coup in Montenegro, but officials began to grasp its specific agenda of disruption only after the poisoning of Mr Skripal.

The Kremlin denied being behind the attack, but it led to a geopolitical standoff, with more than 20 nations, including the US, expelling 150 Russian diplomats in a show of solidarity with Britain.

Intelligence officials believe that a year before the poisoning, three Unit 29155 operatives travelled to Britain, possibly for a practice run.

Speaking to reporters in 2019 at the Munich Security Conference, Alex Younger, the chief of MI6, addressed the growing Russian threat and hinted at coordination.

He said: “You can see there is a concerted programme of activity – and, yes, it does often involve the same people. 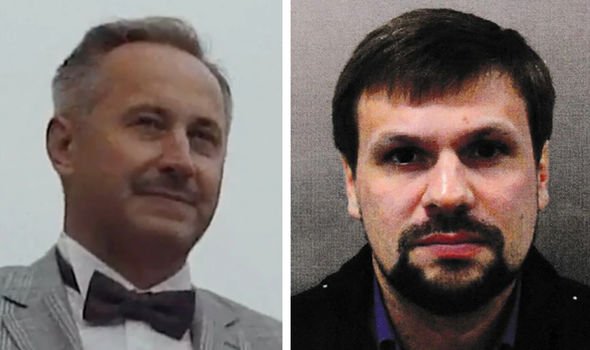 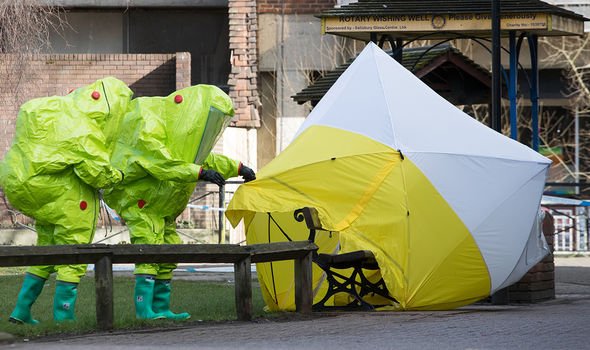 “We assess there is a standing threat from the GRU and the other Russian intelligence services and that very little is off-limits.”

At a ceremony in 2019 for the GRU, Putin described the agency as “legendary” and drew a direct link with the Red Army spies in World War 2.

He added: “Unfortunately, the potential for conflict is on the rise in the world.

“Provocations and outright lies are being used and attempts are being made to disrupt strategic parity.”

In 2006, Putin signed a law legalising the killing of “extremism and terrorism” abroad. 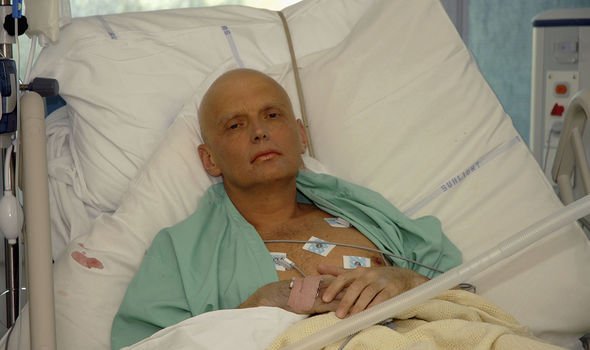 That same year Russian defector and former officer of the Russian FSB secret service Alexander Litvinenko died of suspected poisoning by radioactive polonium-210 in the UK.

A British murder investigation pointed to Andrey Lugovoy, a former member of Russia’s Federal Protective Service, as the prime suspect.

The Russian General Prosecutor’s Office declined to extradite Lugovoy, citing that extradition of citizens is not allowed under the Russian constitution.

Moscow later said that Britain has not handed over any evidence against Lugovoy.