Statistics Canada says retail sales rose 1.1 per cent to $53.9 billion in September to mark the fifth consecutive monthly increase since the record drop in April due to the novel coronavirus pandemic.

Economists on average had expected an increase of 0.2 per cent, according to financial data firm Refinitiv. 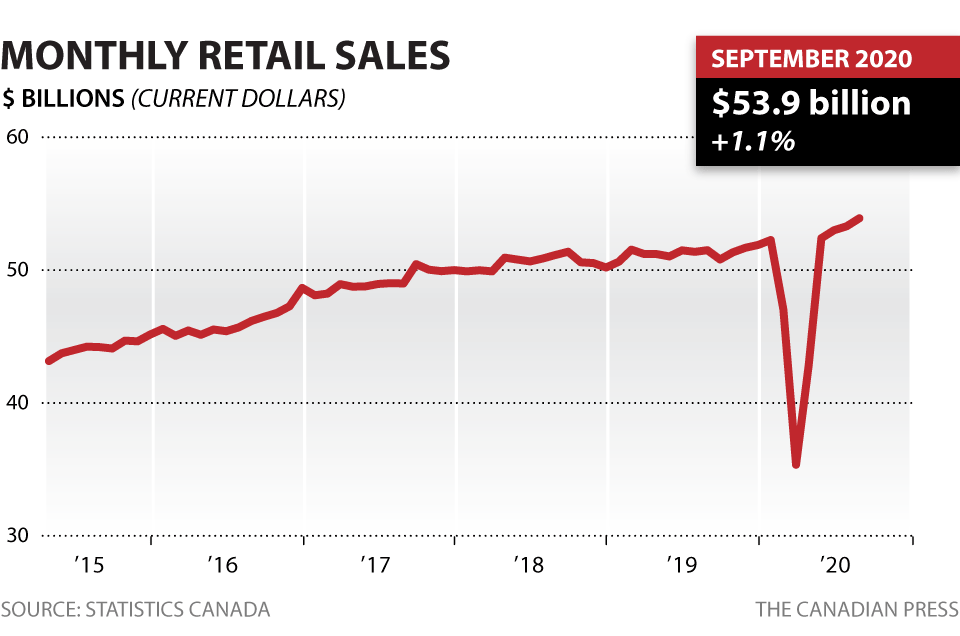 Retail sales were up in nine of the 11 subsectors. Statistics Canada says core retail sales – which excludes gasoline stations and motor vehicle and parts dealers – rose 1.1 per cent.

Sales at general merchandise stores climbed 1.8 per cent, while sales at food and beverage stores rose 0.9 per cent, partially due to higher prices for meat, fish and dairy products.

Statistics Canada says its early estimate for October suggests retail sales for the month were relatively unchanged, but noted it was a preliminary figure and would be revised.