Queen Elizabeth II and Donald Trump have spoken several times since the US President took to the Oval Office in 2016, including via telephone and in face-to-face visits. The two leaders have not had the opportunity to meet personally again recently, despite coronavirus measures easing in both countries. However, the monarch did take some time to speak with the President ahead of an upcoming holiday in the US.

What did the Queen say to Donald Trump?

The US President has come under fire for several aspects of his leadership recently, with problems surrounding social tensions and coronavirus cases in North America.

However, the Queen’s chat with the premier came separate of these issues, as she instead chose to speak to him ahead of one of the country’s most significant holidays.

Buckingham Palace confirmed she was calling ahead of 4th of July celebrations. 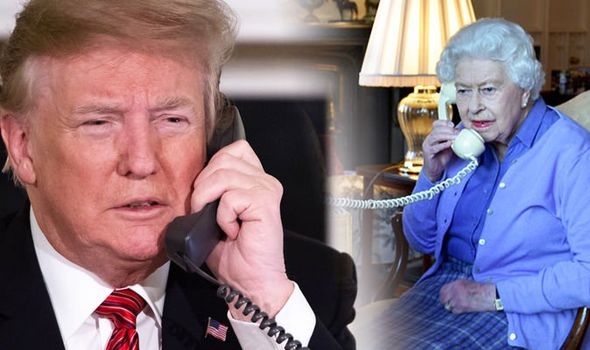 They wrote: “Today, The Queen spoke to President Trump by telephone from Windsor Castle ahead of Independence Day in the United States on the 4th July.”

The account added the latest conversation was just one of several with world leaders.