The 73-year-old will become the first African-American prelate to wear the coveted red hat.

In an announcement from his studio window looking out to St Peter’s Square, the pope said the 13 will officially be elevated to their new status in a ceremony on 28 November.

The selection of Mr Gregory won praise from LGBTQ advocates in the US, days after the pontiff voiced support for civil unions for gay couples. 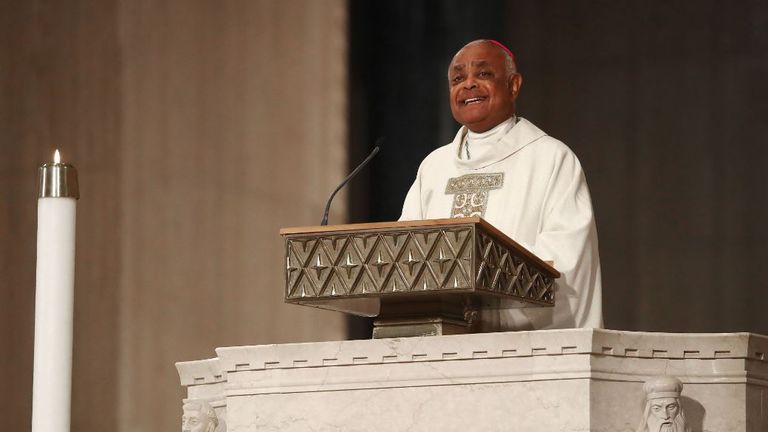 When Mr Gregory headed the Atlanta diocese earlier in his career, he wrote positively in a column about his conversations with Catholic parents of LGBTQ children.

Another Franciscan who has been elevated is Friar Mauro Gambetti, in charge of the Sacred Convent in Assisi.

Reflecting his belief in helping the poor, the pope also named the former director of the Rome Catholic charity Caritas, Reverend Enrico Feroci, as a cardinal.

Others include Maltese prelate Monsignor Mario Grech; Monsignor Marcello Semeraro, an Italian serving as prefect of the Vatican office that runs the saint-making process; and Bishop Cornelius Sim – the apostolic vicar of Brunei.

They will be joined by the Italian archbishop of Siena and nearby towns in Tuscany, Augusto Lojudice, the retired bishop of San Cristobal de las Casas, Monsignor Felipe Arizmendi Esquivel, and an Italian former Vatican diplomat, Archbishop Silvano Tomasi.

Mr Gregory was picked by Pope Francis last year to lead the prestigious diocese in the US capital.

He served three times as the head of the US Conference of Bishops.

Nine of the new cardinals are younger than 80 and will be eligible to elect the next pontiff.