A few came up to Terrence Floyd, whose brother George died in the custody of Minneapolis police, sparking protests for racial justice across the nation. “Keep the fight going,” one Black woman urged. Others asked to take their photos with Terrence.

Since the death of his older brother on May 25, Terrence has been thrust into a spotlight he did not seek. A 42-year-old school bus driver in New York, Terrence is normally a quiet man, deeply attached to his three children. But now, he feels under constant pressure to relay his brother’s voice — especially on this Election Day, when, as he sees it, race and racial justice are on the ballot.

“Ever since then, I’ve felt like he was talking to me,” he says of George’s death. “He was saying, `Little bro, just speak for me. Walk for me. Love for me. Get these people to understand what happened to me can happen to anybody.”’

On Tuesday, Terrence’s black hoodie and face mask included the words “I can’t breathe,” “Justice for George,” and “8:46,” the number of minutes and seconds authorities initially said a white officer held a knee to his brother’s neck until he became unresponsive. 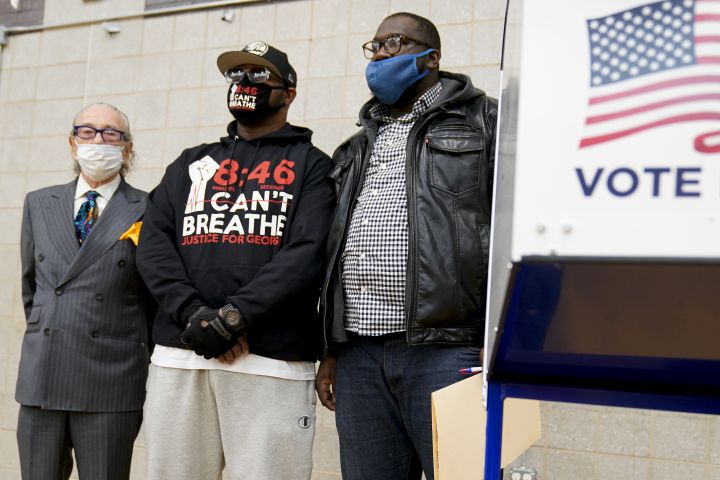 After famously urging calm as anger spilled onto the streets over his brother’s death, Terrence planned to spend Election Day following up on a less-noticed part of his emotional plea to protesters: please vote.

The names George Floyd, Breonna Taylor, Ahmaud Arbery and Rayshard Brooks, all killed by police or vigilantes, re-energized the Black Lives Matter movement this year and put race and justice at the centre of the election. As voting wraps up coast to coast, their loved ones awaited signs that their public grief and loss of anonymity weren’t in vain.

Former vice-president Joe Biden has promised racial justice and reforms, while President Donald Trump has stuck to a stern “law and order” rhetoric. After a summer of protests, about half of voters call racism a “very serious” problem in U.S. society, AP polling found. But compared with the pandemic and the economy, relatively few voters — about one in 10 — deemed racism or law enforcement the country’s top issue, the poll found.

The Floyd family has reached out on behalf of Biden’s campaign. On Sunday, Terrence joined his sister, Bridgett Floyd, and other family members for a rally with Jill Biden in Tallahassee, Florida. Last month, Bridgett appeared in a campaign ad for Joe Biden.

Like all of America, Terrence was anxious on Tuesday.

“Tuesday is so important,” said the Rev. Nicolas O’Rourke, the Pennsylvania organizing director for the Working Families Party, which focuses on systemic racism. Philadelphia became a hot spot in the wake of the fatal police shooting of Walter Wallace Jr., a Black man whose family members had requested mental crisis intervention on Oct. 26.

“While communities are at varying points on the reform spectrum… it’s pretty clear there is a unilateral agreement that something needs to shift,” he said. 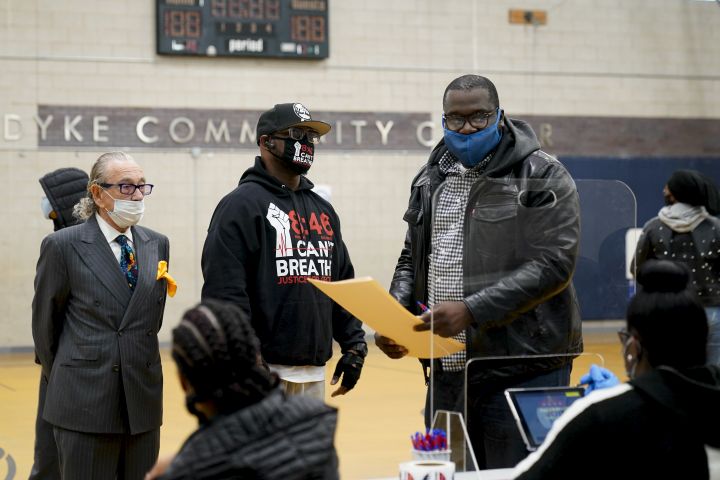 By early afternoon, Terrence, along with his attorney Sanford Rubenstein and civil rights activist Kevin McCall, were driving around Brooklyn looking for potential voters, with a loudspeaker and a microphone in their SUV. But there were no lines at a handful of schools and community centres.

Perhaps most people had already voted early, Terrence thought. And hoped. Maybe they had already heeded the message about the importance of voting.

“I never really wanted to be political and tell people who to vote for, because everybody has their own decision, their own opinions,” Terrence said. “But I do say, `Wake up, use your eyes, pay attention to what’s going on.”’

Just after 1 p.m., they parked across the street from the Brooklyn Museum, which has been serving as a polling location. Outside of the building, a small marching band sang, drummed and blew wind instruments. They paused to allow Terrence a moment to speak.

“If you don’t vote, you cannot complain when something goes wrong,” he said, using a loudspeaker and microphone.

“I’m out here to let y’all know that I voted, because I can’t talk the talk, if I don’t walk the walk.” 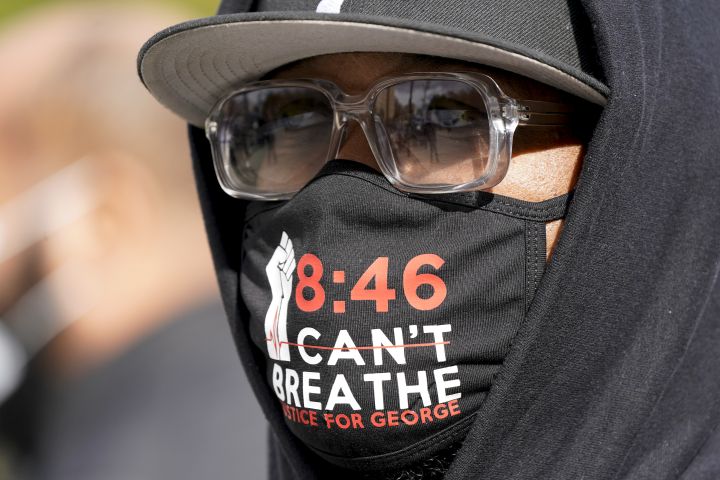 More than a dozen people had stopped to hear what Terrence had said and, when he concluded, the band resumed playing.

“Don’t forget to vote!” he chanted in rhythm with the band.

Tuesday marked exactly 155 days since Terrence visited Minneapolis, where his brother died. On June 1, in the wake of arson, looting and other violence that spread to cities nationwide, Terrence begged for calm.

That same day, the president threatened the nation’s governors with deployment of the military to states, if leaders did not quell violent unrest.

“My administration is fully committed that, for George and his family, justice will be served,” Trump said in remarks from the White House Rose Garden. “He will not have died in vain. But we cannot allow the righteous cries and peaceful protesters to be drowned out by an angry mob.”

That day in June, Terrence cancelled previously scheduled interviews with TV news networks. He was overwhelmed.

His surviving brothers and sisters have become much closer over the last several months, Terrence said. His 17-year-old son, Amaree Floyd, learned of his uncle’s passing by seeing the viral video of the officer kneeling on his neck.

By late afternoon on Tuesday in Brooklyn, Terrence planned to continue rallying voters until polls were closed. He said he felt watching the election returns would give him the same feeling as watching the New York Knicks play — you had no idea if you were going to win.

“I have a whole lot of emotions,” Terrence said. “I’m more anxious than excited. I remember when (Barack) Obama was running (for president) and everybody went out. I see that same energy now. So I’m really excited to see what happens.” 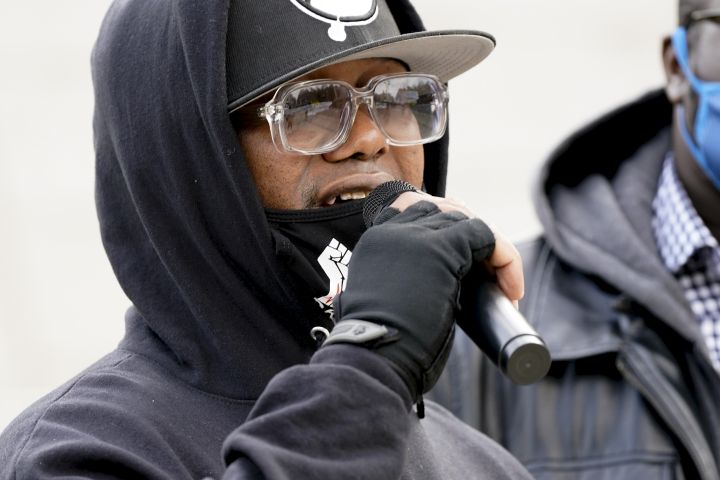