Imhotep was chancellor in the third dynasty to the pharaoh Djoser and the mastermind behind Egypt’s first pyramid – the Step Pyramid – which still stands in Saqqara today. Although not born a royal, Imhotep is recorded to have become a respected member of the Pharaoh’s family and two thousand years after his death, his status had risen to that of a god in medicine and healing. Yet, despite extensive efforts from archaeologists, his tomb has never been uncovered.

But, author of ‘Searching for the Lost Tombs of Egypt’, Dr Naunton, told Express.co.uk that work is under way once again in the region where it may lay.

He said: “In terms of fieldwork, I’ve just heard that Egyptian-led excavations at Saqqara have just resumed.

“It’s a similar situation to here [in the UK], provided no international travel is involved, things can go back to normal.

“I think there are going to be discoveries made at this site and I was meant to be involved in a series that is following the project. 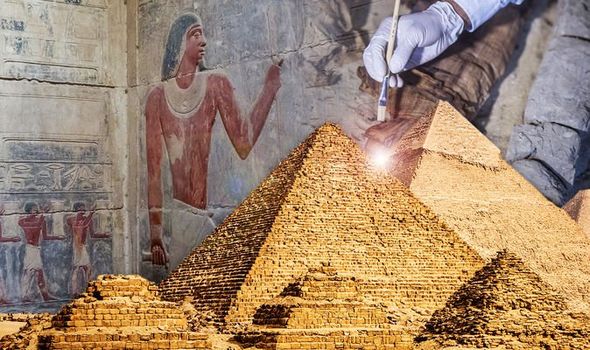 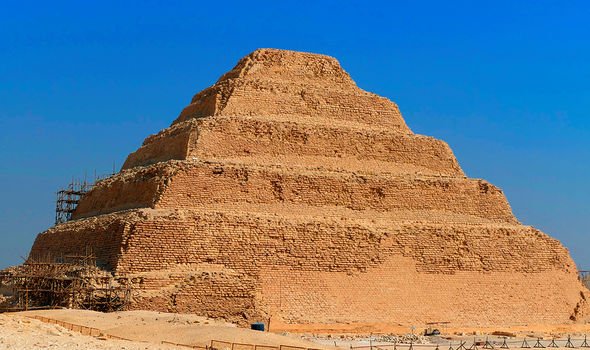 “They are hoping to get going again, which is why I know about it, but I’m not expecting to head over there before November.”

Dr Naunton, who has appeared in many documentaries on ancient Egypt, explained why the area being probed is of great interest and potential.

He added: “Saqqara is obviously a big cemetery site and has lots of tombs – it’s a group of tombs at the site which are built into the cliffside in the area of what used to be the temple of the cat goddess Bastet.

“They have been excavating there and have already discovered more tombs – some animal burials – and now they are carrying on.

“The likelihood is that they are going to find more tombs with human and animal burials with associated grave goods. 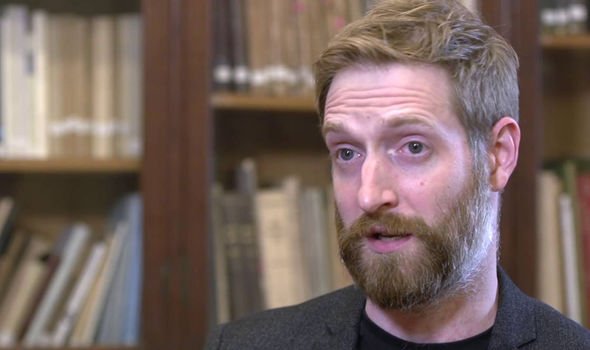 “It’s very likely that there will be previously unknown tombs and they will contain the burials of one or more individual people.

“We already know it has been used for animal burials as well, the hope would be that one or more of the new tombs will be intact.”

Dr Naunton explained what the archaeologists are likely to find during their season of digging.

He added: “You would expect to be seeing pretty well-preserved coffins, mummies and that kind of thing – but who knows what else.

“Some of the tombs that have already been discovered in that area were cut as early as the 18th and 19th Dynasty, but they were re-used.

“So, I think you would expect the same kind of thing – potentially 18th and 19th Dynasty and then re-used from the 26th Dynasty onwards. 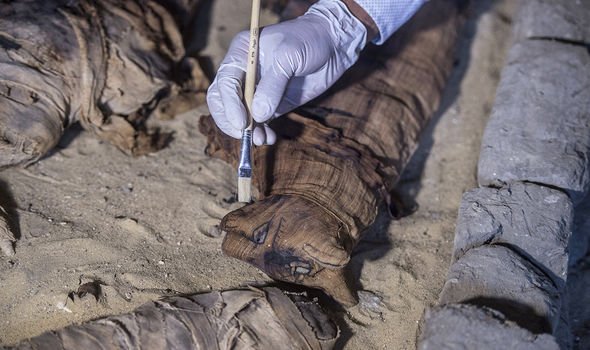 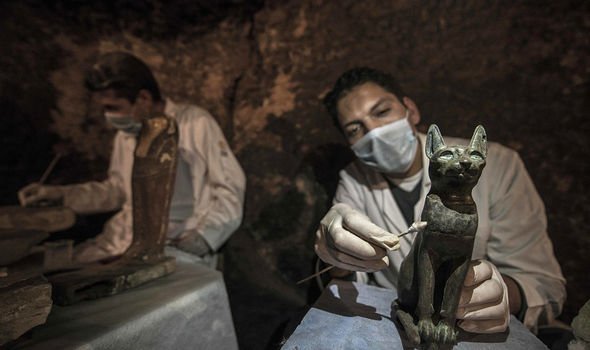 “The area is slightly to the north and east of the Step Pyramid, right at the edge of the cultivation.”

But, while Dr Naunton says the chances of finding Imhotep during their search is slim, they might stumble across some vital indications as to whether he is nearby.

He continued: “There could possibly be some clues to Imhotep’s tomb found there.

“The animal burial stuff is quite interesting because by the time he was worshipped as a god – in the 26th Dynasty onwards – on of the ways you could make an offering was through a mummified animal.

“In the case of Imhotep, it would be through baboons or ibis birds.

“So if they were to find in that area evidence of lots of offerings of that kind, then that does raise the possibility that the tomb is in that area.” 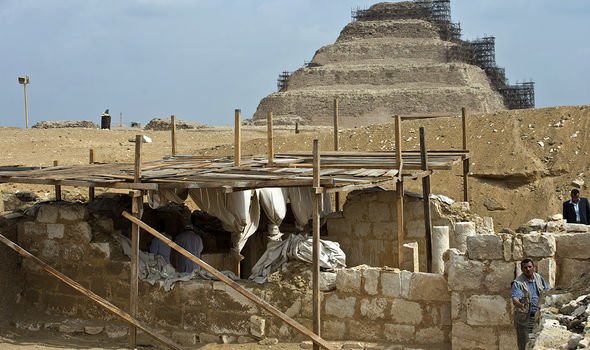 Dr Naunton then revealed where believes the royal’s tomb is.

He said: “I suspect it’s a little way off to the north because we don’t have any evidence of tombs from the time of Imhotep in that area.

“Also in his time, the way that people were buried was in the ground – on top of which huge mastabas were built.

“That requires flat ground, and it’s not until the New Kingdom really that you get tombs cut into the rock.

“The kind of tombs this team is digging up right now would appear too late for Imhotep.”