Donald Trump has spent the last three days in the hospital, where he has received treatment for coronavirus. Mr Trump, 74, and his wife, First Lady Melania, received positive tests on Friday, but officials only admitted the President for treatment. White House medics have delivered updates on his progress since, but, in doing so, have stirred public confusion.

How is Donald Trump now?

The President has entered his third day in hospital today, on the back of a tidal wave of rumours about his condition.

White House doctors have so far taken the lead on briefing the general public, but conflicting statements have only added to reigning confusion.

One delivered by Mr Trump’s chief physician on Saturday suggested he was fine, but yesterday they revealed his condition deteriorated. 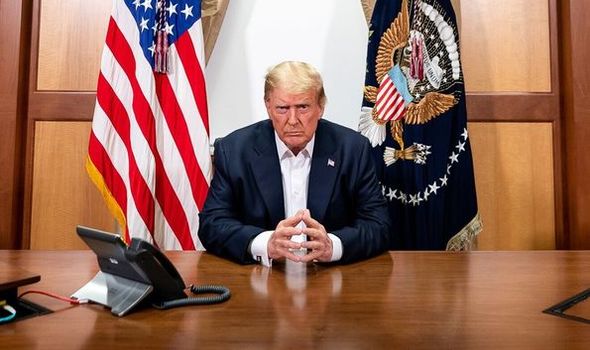 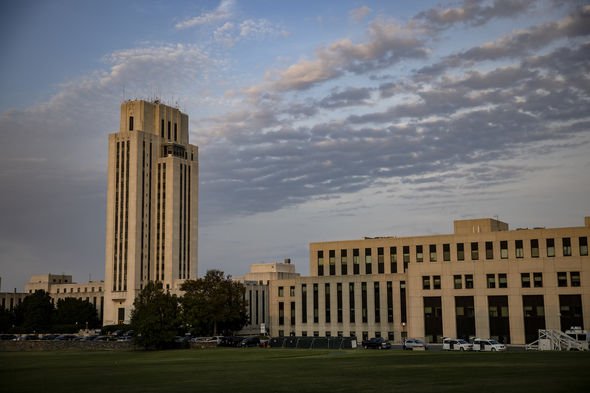 But he added Mr Trump remained active and in good spirits.

He said: “He was fairly adamant that he didn’t need it.

“He was not short of breath. He was tired, had the fever, but that was about it.” 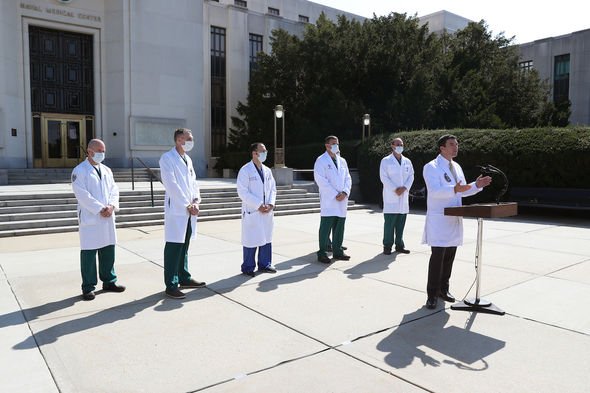 Oxygen drops serve as a benchmark of COVID-19 progression, as the virus primarily attacks the lungs.

Doctor Conley had previously denied the president required oxygen, and he admitted he had misled the country yesterday.

He said he chose to omit details in a bid to reflect the “upbeat attitude” of the White House.

Even yesterday he remained evasive, declining “get into specifics of his care” when quizzed about potential lung damage or pneumonia. 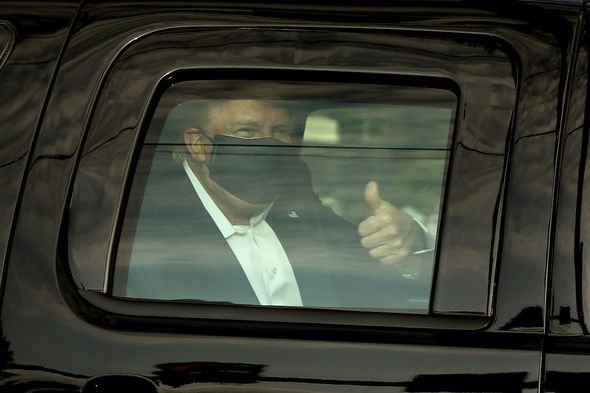 But other aides also confirmed he could leave hospital today, as Doctor Brian Garibaldi said he “has been up and around” and “feels well.”

He added: “If he continues to look and feel as well as he does today, our hope is that we can plan for a discharge as early as tomorrow to the White House where he can continue his treatment course.”

President Trump seemed determined to assuage any remaining doubts as he made a public appearance.

He emerged in a presidential motorcade yesterday evening while his supporters gathered outside the hospital.

But his waving from the car prompted criticism from medical attendants, who stated he endangered those who came with him.

Dr James Phillips, a physician at Walter Reed, said his staff could die as a result.

He wrote on Twitter: “Every single person in the vehicle during that completely unnecessary presidential ‘drive-by’ just now has to be quarantined for 14 days.

“They might get sick. They may die. For political theatre. Commanded by Trump to put their lives at risk for theatre. This is insanity.”