China says progress made in latest border talks with India

Top commanders from the two sides held their fourth round of talks on Tuesday, a month after deadly border clash. 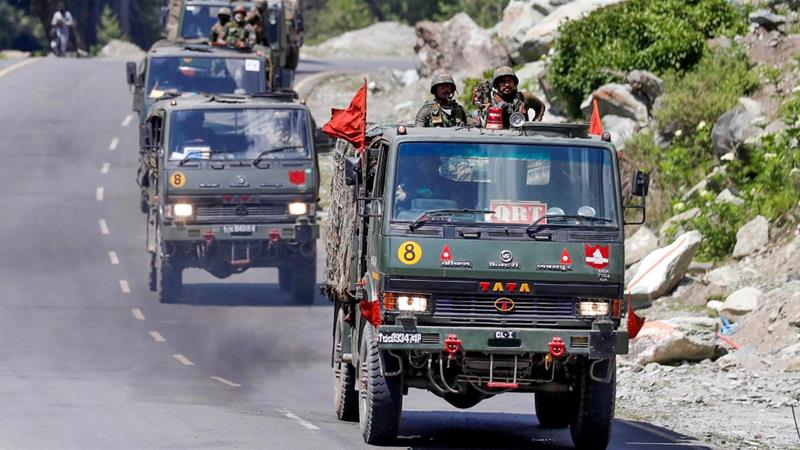 China and India have made progress in their latest talks on a long-running border dispute that turned deadly last month, according to a Chinese spokesperson.

Top commanders from the two sides held their fourth round of talks on Tuesday, a month after the deadly clash between their soldiers in the Galwan Valley, where India is building a strategic road connecting the region to an airstrip close to China.

India says 20 of its soldiers were killed in the June 15 clash and that there were casualties among the Chinese as well. China hasn’t confirmed any casualties on its side.

“The two sides have made positive progress on pushing forward the disengagement of the front-line troops on the western section of the border and easing the border tension,” Chinese foreign ministry spokesperson Hua Chunying said at a daily briefing on Wednesday.

Hua called for concrete action by India to implement the consensus the two countries reached and jointly safeguard peace and tranquillity along the border.

There was no immediate comment by India’s defence ministry or the army.

“It’s very much a work in progress,” Jaishankar said, adding that both sides agreed on the need to disengage because their troops are deployed very close to each other.

The disputed border, known as the Line of Actual Control, covers about 3,500 kilometres (2,175 miles) of frontier and stretches from Ladakh in the north to the Indian state of Sikkim in the northeast.

India and China fought a border war in 1962 that spilled into Ladakh. The two countries have been trying to settle their border dispute since the early 1990s, without success.

India and China have traded blame for triggering the high-altitude brawl in the Galwan Valley on June 15, in which 20 Indian soldiers were killed and at least 76 were injured.

The clash saw soldiers engaged in hand-to-hand fighting with clubs and sticks about 4,270 metres (14,000 feet) above sea level amid sub-zero temperatures.

China has yet to confirm whether it suffered casualties, but the number of Indian deaths is the highest along the border in more than five decades – a dramatic escalation that led to weeks of talks between senior military officials on how to ease tensions.

Earlier this month, Indian Prime Minister Narendra Modi made a surprise visit to the northern Himalayan region of Ladakh and, in a veiled dig at China, said the “age of expansionism” is over.

Could the China-India border dispute trigger a military conflict?