The Prime Minister said: “Congratulations to Joe Biden on his election as President of the United States and to Kamala Harris on her historic achievement. “The US is our most important ally and I look forward to working closely together on our shared priorities, from climate change to trade and security.”

Mr Johnson’s comment on Ms Harris’ “historic achievement” likely refers to the fact the she has become the US’ first female, first black, and first South Asian vice president-elect.

She was seen yesterday speaking to Mr Biden on the phone. She said: “We did it, Joe. You’re going to be the next President of the United States.”

Mr Johnson’s comment is just one of many which have been issued by national leaders around the globe. 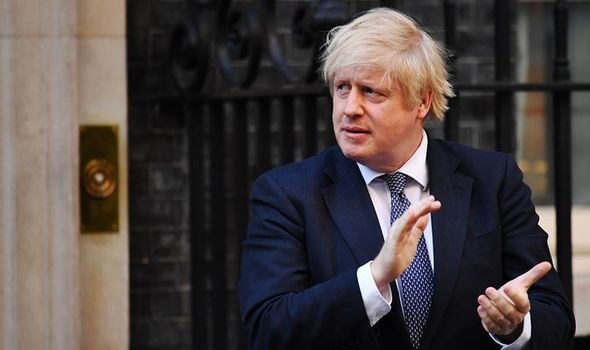 German Chancellor Angela Merkel said: “Joe Biden will be the 46th President of the United States of America.

“I sincerely wish him the best of luck and every success and I would also like to congratulate Kamala Harris, the first female vice president-elect in the history of your country.”

She also called the “trans-Atlantic friendship” between the US and Germany “indispensable”.

READ: Donald Trump: How many US presidents have served one term? 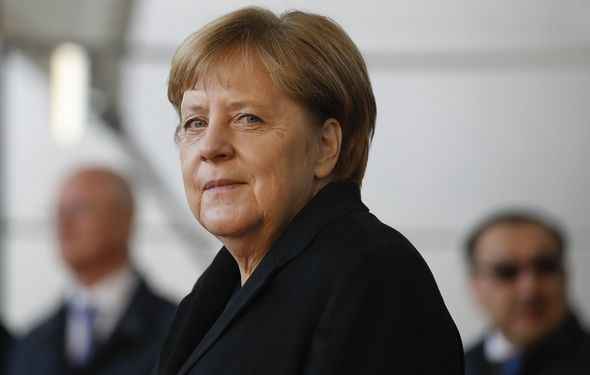 He also referred to Joe Biden’s “invaluable” work on “strengthening Indo-US relations” when he served as vice-president under Barack Obama.

Nicola Sturgeon, Scotland’s First Minister, called Mr Biden and Ms Harris’ victory “historic”, and said it would be “welcomed by progressives across the globe”.

DON’T MISS:
Joe Biden reaches out to Trump supporters in victory speech – ‘Not our enemies!’ [INSIGHT]
When will the US election end? [INFO]
US election 2020: As Biden prepares for presidency, Trump refuses to face reality [ANALYSIS] 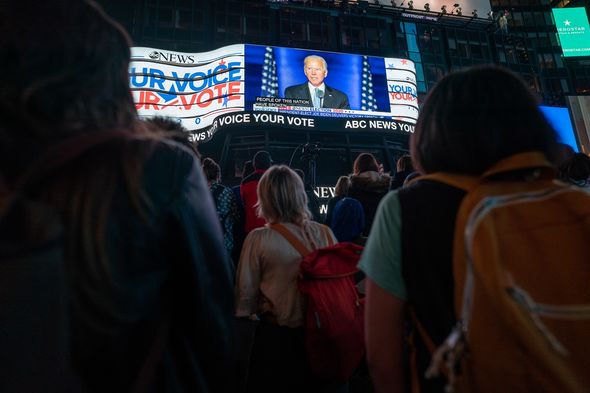 She added: “Women and people of colour in particular will feel inspired by the historic nature of Vice President-Elect Harris’ achievement.”

The Prime Minister’s statement on Joe Biden’s win this year is slightly shorter than Theresa May’s congratulations to Donald Trump when he was elected president back in 2016. 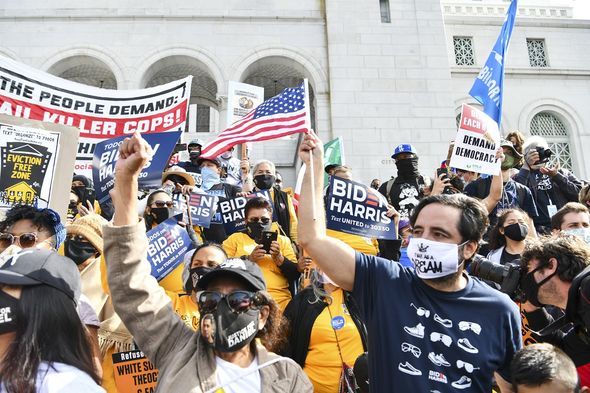 The then-Prime Minister said at the time: “I would like to congratulate Donald Trump on being elected the next president of the United States, following a hard-fought campaign.

“Britain and the United States have an enduring and special relationship based on the values of freedom, democracy and enterprise.

“We are, and will remain, strong and close partners on trade, security and defence.

“I look forward to working with president-elect Donald Trump, building on these ties to ensure the security and prosperity of our nations in the years ahead.” 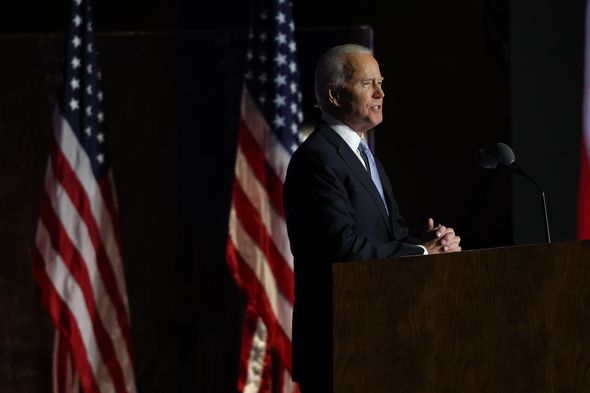 Joe Biden secured the US presidency yesterday having won 279 electoral votes of the 270 needed to claim victory.

Current president Donald Trump refuted the election win, saying: “We all know why Joe Biden is rushing to falsely pose as the winner, and why his media allies are trying so hard to help him: they don’t want the truth to be exposed.”

“Beginning Monday, our campaign will start prosecuting our case in court to ensure election laws are fully upheld and the rightful winner is seated.”

GZERO VIDEO: What to expect out of Biden's first 100 days?