Sir Martin Sorrell has accused some companies of “virtue signalling” as Facebook faces a growing advertising boycott over concerns that it is not doing enough to tackle hate speech.

The marketing industry boss – who led advertising giant WPP before founding latest venture S4 Capital – told Sky News he was not advising clients to withdraw their business from the platform.

His remarks came after Starbucks became the latest household name to suspend its adverts on Facebook, following the likes of Unilever and Coca-Cola. 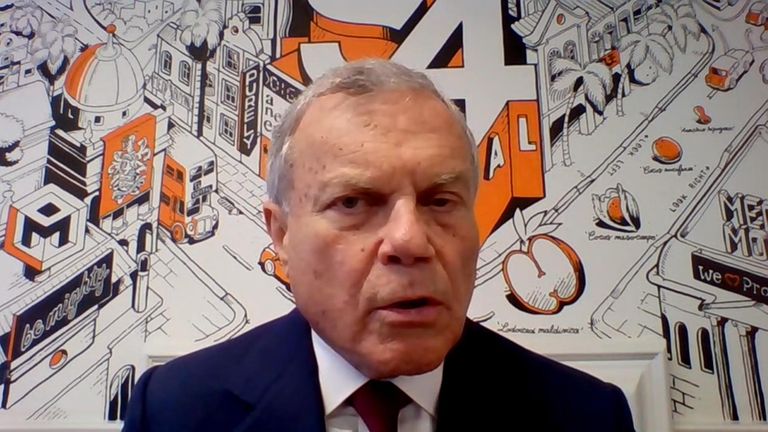 The tech giant has come under fire over its perceived lack of action on hate speech – notably by keeping up a post by Donald Trump in which the US president said “when the looting starts, the shooting starts” during early protests over the death of George Floyd.

The same post was hidden by Twitter, which said it had violated its “rules about glorifying violence”.

“It is true there is some virtue signalling going on here – some righteous, or unrighteous, indignation.

“Some of the companies are just responding because they think it is virtuous to do that. But at its heart most of them I think are taking genuine steps to try and change the environment.”

(BLOOMBERG) – Some companies have joined a boycott of Facebook after critics accused the social network of inadequately policing hateful and misleading content on its platform.

Here’s a list of companies that are planning to halt spending on social media.

Paused global advertising spending on Facebook and Instagram because of concerns about ads appearing next to inappropriate content, according to a person familiar with the matter.

For the month of July, American Honda will withhold advertising on Facebook and Instagram, according to Adweek.

Will halt spending on Facebook in July and cut its spend on the platform by a third for the remainder of the year, according to Business Insider.

“We’re pausing our advertising until Facebook can create an acceptable solution that makes us comfortable and is consistent with we’ve done with YouTube and other partners,” said John Nitti, chief media officer for Verizon.

Plans to cut ties with the social network entirely, according to the Guardian.

Will pause ads on Facebook for the month of July.

“For 82 years, we have put people over profits. We’re pulling all Facebook/Instagram advertising for the month of July.”