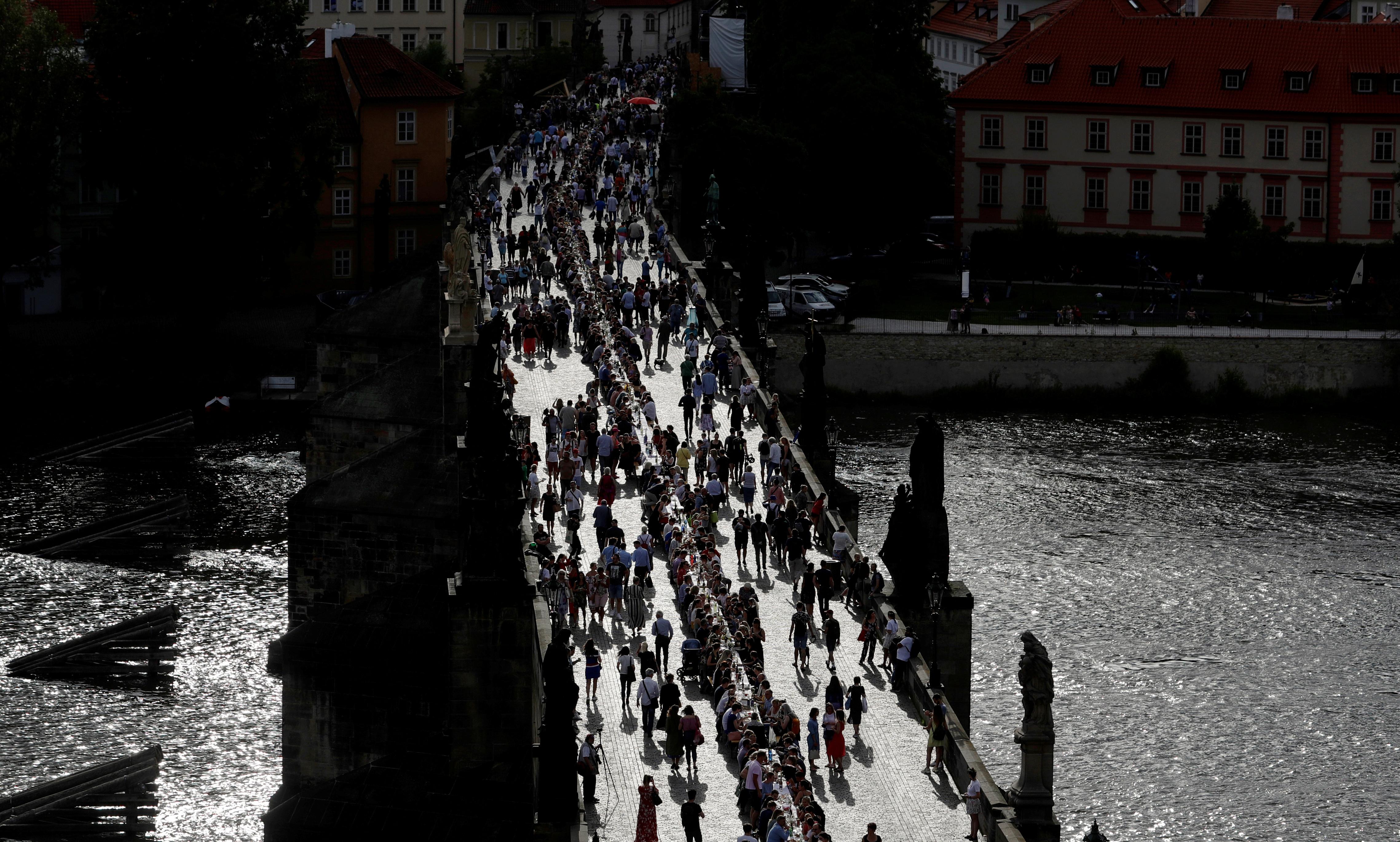 PRAGUE (Reuters) – Seated around a 500-metre-long table covered with white cloth, Prague citizens gathered on the medieval Charles Bridge on Tuesday to say goodbye to the new coronavirus epidemic.

On the eve of the easing of yet more restrictions imposed since March to curb the spread of the COVID-19 illness, people filled the bridge, a landmark that runs between historic Prague quarters on the banks of the Vltava river.

“The bridge is a good metaphor, different people can gather,” said Ondrej Kobza, who organised the event.

The event “is a kind of celebration, to show that we are not afraid, that we go out and we won’t be stuck at home,” he said, noting that the dinner was only possible because there were hardly any tourists now.

The guests were invited to share among themselves the meals and drinks they brought.

The Czech Republic was among the first to implement tough restrictions designed to curb the coronavirus in mid-March. As of June 30, the country of 10.7 million reported 11,895 cases and 349 deaths connected to the illness, many fewer than many of its Western peers. 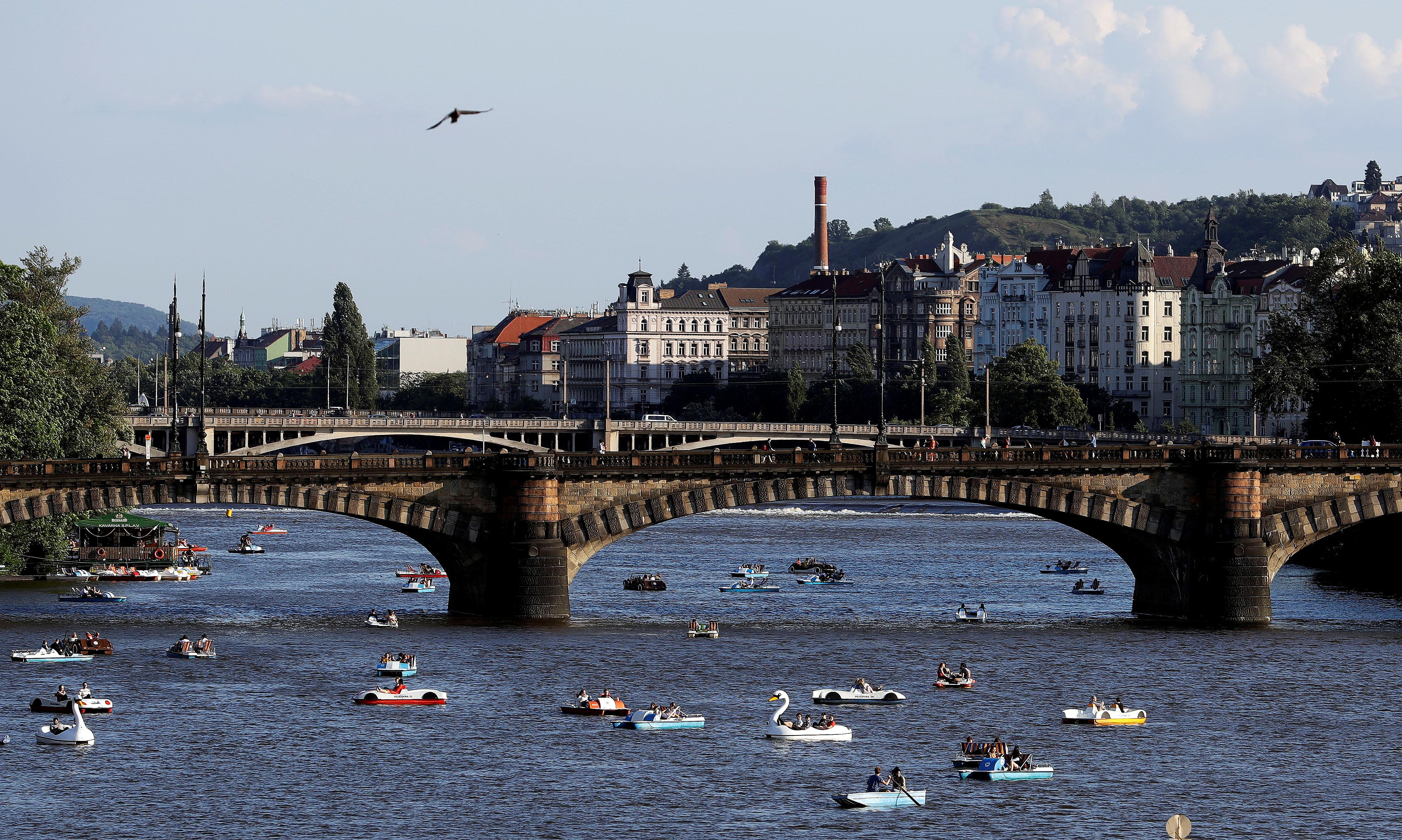 PRAGUE (Reuters) – The Czech Republic recorded 168 new cases of the coronavirus on Friday, authorities said, the highest daily rise in cases since early April just as the country is starting the two-month summer holiday season.

It was also the fourth day of the last 10 showing a daily increase of more than 100. Over the past week, the eastern region of Karvina has been by far the most affected by the rise in cases, according to the Health Ministry website.

Friday was the last day of school for most children and students, with their families getting ready for the holidays. Many Czechs will spend their holidays in the country rather than going abroad due to concerns about the virus and travel restrictions.

The government has gradually removed most restrictions on business apart from wearing masks indoors and limits on pub opening hours and large cultural events. It has said it will focus on local quarantines and tracing and testing measures rather than national lockdowns in the future.

Last Monday, public gatherings of up to 1,000 people were allowed, up from 500. Trade fairs were given the green light and pools, zoos, museums and castles were allowed to return to normal operations, with no more limits on visitor numbers.

As of Saturday morning, the country of 10.7 million had reported a total of 11,038 coronavirus cases, with 349 deaths.