The European Commission President claimed she was forced to fight off attempts to member states to make even more ravaging cuts to her original proposal. The German said the seven-year budget, worth €1.074 trillion, is a “bitter pill to swallow” after “regrettable” decisions were taken to slash spending plans. “There are regrettable and painful decisions on many programmes which have crucial European added-value,” Mrs von der Leyen told the European Parliament.

She added: “Yes we managed to avoid even further cuts as some member states, but this MFF is a difficult pill to swallow.

“And I know this house feels the same.” 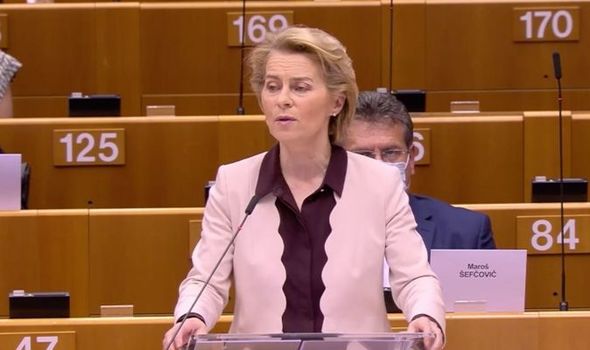