Home » Politics » Nothing to fear from a no-deal Brexit, says Boris Johnson

Nothing to fear from a no-deal Brexit, says Boris Johnson

The Prime Minister told Cabinet ministers yesterday that an agreement can still be done as the wrangle hits a crucial stage. But he signalled he would be content to walk away and adopt an arrangement similar to Australia’s nodeal relationship with the EU if the bloc sticks to its hardline demands for unchanged fishing quotas and continued regulatory meddling.

British officials accused Michel Barnier, the EU’s chief negotiator, of stalling for time ahead of a deadline set for tomorrow when a summit of EU leaders in Brussels will “take stock” of the progress so far.

Lord Frost, the head of the UK’s Task Force Europe negotiating team, is this afternoon expected to tell the Prime Minister whether it is worth continuing with the talks beyond tomorrow’s EU Council meeting.

Reporting on the Cabinet meeting, Mr Johnson’s spokesman said: “The PM said Lord Frost is currently in Brussels seeking to find a way through, and he believed there is still a deal to be done.

“The PM reiterated that, while we want a deal on the right terms, if we can’t get there we are ready and willing to move forward with an Australian-style outcome, which holds no fear.” 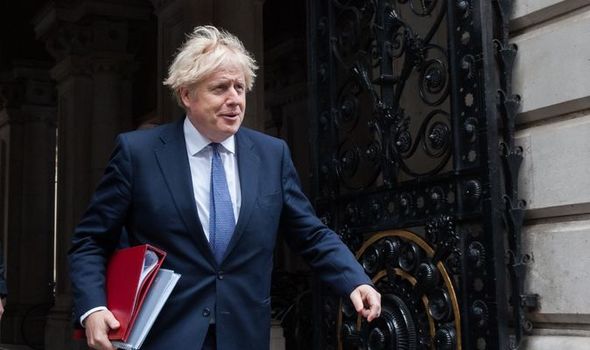 Ahead of the summit, Mr Johnson is expected to hold talks today with Ursula von der Leyen, president of the European Commission.

A UK Government source blamed Mr Barnier for the lack of recent progress in the talks.

The source said: “The EU has been using the old playbook in which they thought running down the clock would work against the UK.

“They have assumed the UK would be more willing to compromise the longer the process ran, but in fact all these tactics have achieved is to get us to the middle of October with lots of [wasted] work.

“This is all the more frustrating because it is clear that we have come a long way since the beginning of the year. We have approached the negotiations constructively and reasonably but time is now extraordinarily short. We need the EU to urgently up the pace and inject some creativity.”

The row over fisheries remains a key sticking point in talks about the EU and UK’s future relationship. 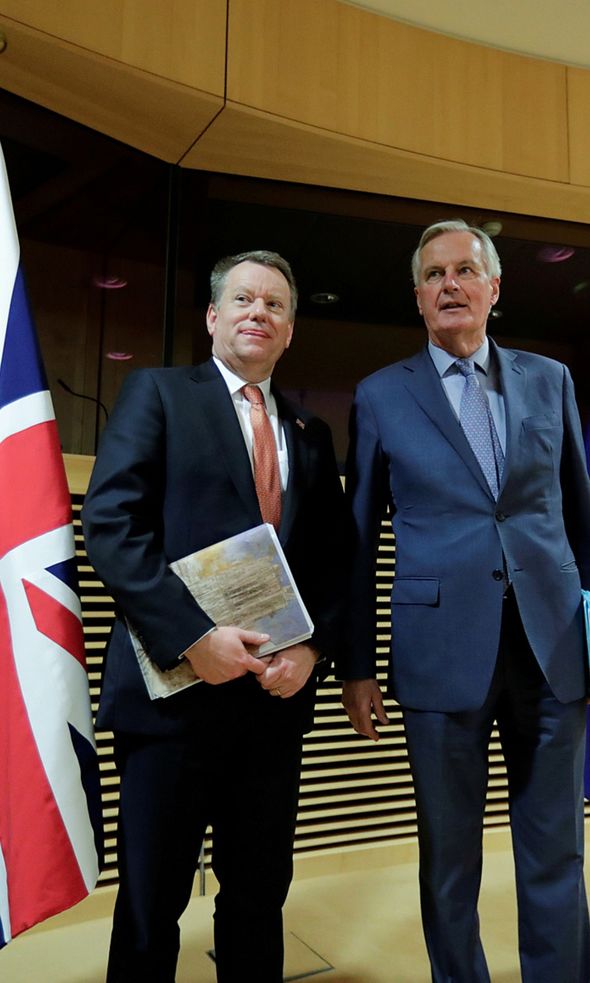 UK sources insisted the bloc’s influential coastal states still needed to show “a bit more realism” on the realities of the Government taking control of the UK’s waters if they were to reach an agreement.

France’s President Emmanuel Macron has threatened to vote against any agreement unless its fishermen maintain access to British grounds. But yesterday German Chancellor Angela Merkel’s government was pleading for the EU to take a more “realistic” approach to ensure a deal with the UK can be agreed.

European industry leaders were also pushing for the bloc to accelerate its efforts to ensure businesses have time to prepare for January 1, when the UK leaves the single market and customs union.

A spokesman for Ceemet, a European employers’ association, said: “Manufacturing heavyweights call on all parties involved to break the current impasse, avoid a no-deal exit, and ensure our industrial sector has the necessary time to adapt.”

Mr Barnier suggested that talks would go on beyond Mr Johnson’s October 15 deadline.

“The EU will continue to work for a fair deal in the coming days and weeks,” he said.

After a private meeting with Mr Barnier in Luxembourg, Irish foreign minister Simon Coveney said: “There are a number of weeks left in this negotiation, not a number of days.

“I don’t see that there will be any major breakthrough this week.”

European Commission vicepresident Maros Sefcovic, who has been leading talks with Michael Gove on the implementation of the Brexit divorce deal, said: “EU unity is solid. We continue: full attention, full speed in this final stage.”

In the UK, government minister Lord Agnew warned that businesses were not ready for the changes that will arrive in the New Year.

He told the Treasury Select Committee: “There’s been a head-in-the-sand approach by traders which has been compounded by what I would call the quadruple-whammy of two false alarms – two extensions at the very last minute – then followed by Covid and now followed by the recession. Traders are not as ready as they should be.”

Andrew Bailey, Bank of England governor, said a post-Brexit trade deal would be the “best outcome” for all sides. He told the Lords Economic Affairs Committee: “I do think for all parties involved in this process that a trade agreement is the best outcome.”