Michael Gove denied the possibility of England being put under a second lockdown only two weeks ago, despite the coronavirus infection rate already showing worrying signs of growth. Mr Gove was put on the spot about his recent statement as Sky News presenter Sophy Ridge replayed footage of a 15-day old interview. Ms Ridge said: “It’s two weeks ago since you were last in the studio, sitting in that very chair.

“I asked you if there was going to be another national lockdown and I just want to play viewers your response to that question.”

In the video, Ms Ridge could be seen asking: “A two to three-week circuit breaker to give us some breathing space to get on top of test and trace.

“People want to know, is that going to happen?”

At the end of the video, the Sky News host turned to Mr Gove and asked: “It was a one-word answer. No. Why should people trust what you’re going to tell them today.” 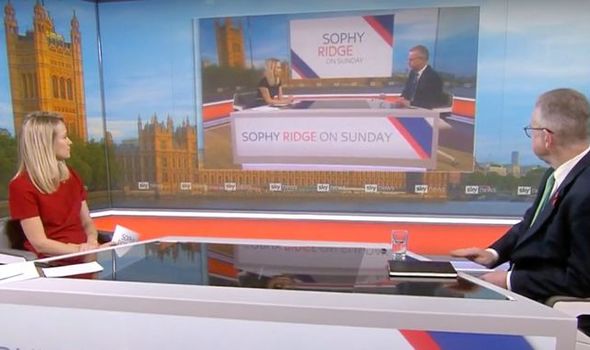 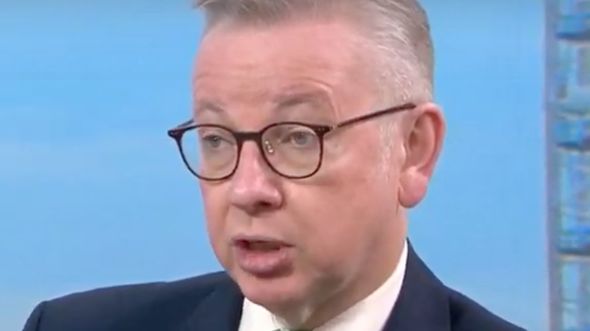 The Conservative frontbencher insisted the Government was pushed into a new England-wide lockdown because the virus had spread over the past two weeks.

He said: “During the course of the whole of the interview I outlined we would be willing to take whatever steps were necessary, but it wasn’t necessary at that point.

“But unfortunately, over the course of the past two weeks, the virus has been spreading faster than predicted and in a way that requires what the Prime Minister has described as the nuclear option.”

READ MORE: Stick with us! Scotland to SOAR in UK space boom – but independence risks it all