The Labour MP, later identified as Siobhain McDonagh by a Twitter user, was spotted cleaning her spectacles with a surgical face mask during a debate in the Commons on Thursday. Sitting just behind Labour frontbencher Andrew Slaughter speaking at a planning reform debate in the Commons, Ms McDonagh was caught by Twitter user Lisa Wright who posted the shocking moment on her social media account, adding: “Hope this MP hasn’t previously used this mask or is planning to use it.”

Twitter users were quick to express their outrage as many attempted to identify the MP in the gobsmacking footage which has been viewed more than 111,000 times.

One wrote: “This is how seriously it’s taken by the people who represent us and expect our votes and support in their decisions? What a joke!”

And another: “This is why COVID is gonna be very hard to tackle. idiots like this (talking about the MP) and people who think the virus ISN’T EVEN REAL.” 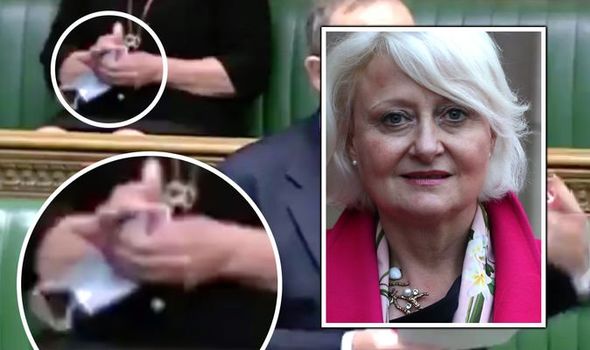 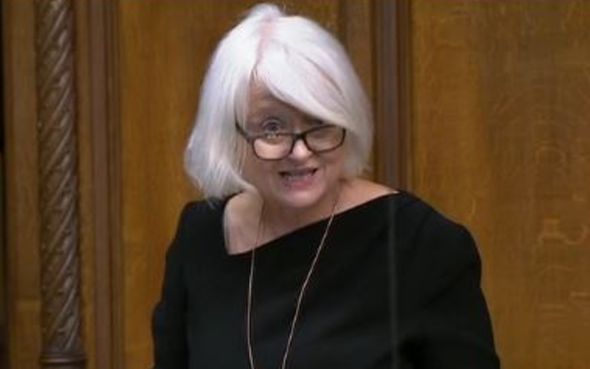 One Twitter user wrote: “Heaven help us if this is the mentality of our MPs.”

Political figures and MPs across the House are being criticised over their failure to adhere to coronavirus rules.

In the midst of the first wave of the pandemic and when travelling across counties was banned under Government’s regulations, Boris Johnson’s special adviser Dominic Cummings was caught travelling across the country to his parents’ house.

The Prime Minister’s father, Stanley Johnson, has been repeatedly filmed and photographed not wearing a mask in indoor spaces and on public transport.

He also travelled to Greece when the FCO advised against all but essential travel.

Former Labour leader Jeremy Corbyn was photographed at a dinner party with at least eight other people, when the rule of six was already in force.

She is yet to resign. 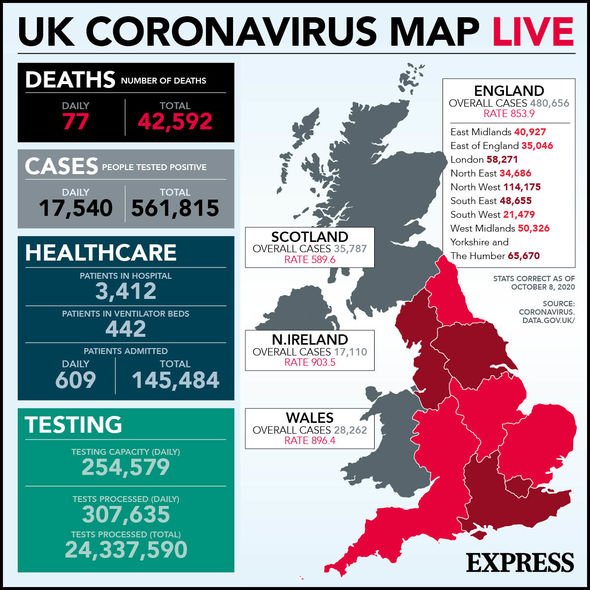 There were an average of 17,200 new cases per day of COVID-19 in private households in England between September 25 and October 1, according to the latest estimates from the Office for National Statistics (ONS).

The ONS said there has been a “marked increase” in the rate of new infections over the last six weeks.

The figures do not include people staying in hospitals, care homes or other institutional settings.