Home » Politics » EU infighting erupts: Barnier and Merkel rage at Macron on fishing – ‘This will get nasty’

EU infighting erupts: Barnier and Merkel rage at Macron on fishing – ‘This will get nasty’

There are growing fears within Brussels that Emmanuel Macron and France’s stubborn fisheries demands could torpedo the entire UK-EU trade deal. The EU’s own chief negotiator has insisted that member-states in the EU that Brexit will necessarily mean a reduced level of catches for them in British waters However, these eight countries, led by French President Macron, have refused to back down on their demands.

RTE’s Europe Editor Tony Connelly told the podcast Brexit Republic: “The eight coastal countries are prepared to play a level of hardball where they will try to bog the UK down in details and drive the hardest bargain possible.

“It has been said that across all the issues of Brexit, the UK have quite a strong case when it comes to fisheries.

“For the EU to go into the negotiations demanding the status quo, the same access to British waters as the Common Fisheries Policy, and to catch the same quotas – that will be a hard thing to hold onto.

“Barnier has been probing the limits of what those coastal states are prepared to accept.” 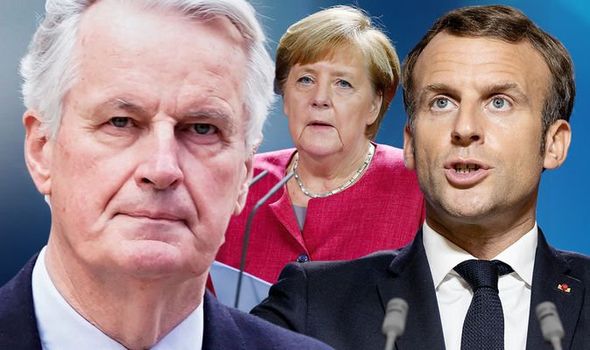 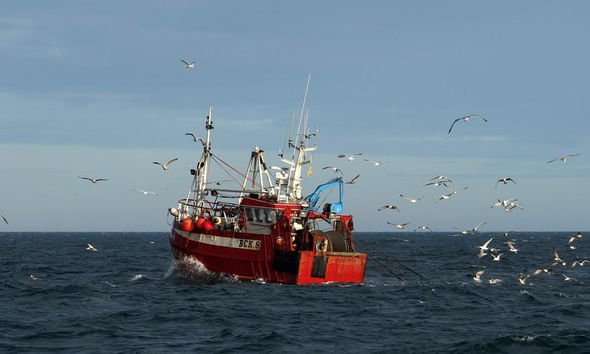 Mr Connelly added: “Barnier was setting up video calls with the eight fisheries ministers this week – including in Ireland.

“But before those calls started, the fisheries attaché from those countries got together in Brussels and agreed an unanimous position that Barnier should stick to the mandate.

“They said he shouldn’t budge, and that the UK wouldn’t get a free trade deal at all if there isn’t a fisheries agreement, so it’s time to play that card.” 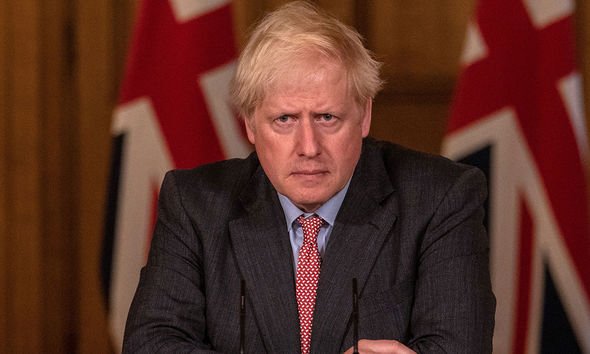 Mr Connelly revealed that Barnier “has been quite dismayed by this hardline position”.

Both the chief EU negotiator and German Chancellor Angela Merkel, who last week urged the EU to adopt a more flexible position, have complained that this “is not realistic”.

The RTE reporter in Brussels added: “If the overall deal does falter due to the fisheries question, then no-one wins.” 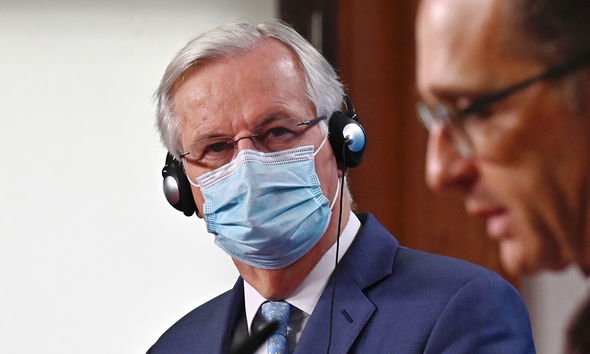 RTE’s Deputy Foreign Editor Colm Ó Mongáin added: “From the UK’s position, if the EU is insisting that things will change when someone leaves the club, and they can’t expect the same benefits, then similarly the UK can say the EU can’t enjoy the same benefits of our waters if we are leaving the club.”

Mr Connely warned: “Things are going to get nasty I think.”

French Minister Annick Girardin said in an interview published Sunday that the UK’s proposals until now have been “unacceptable”.

Junior European Affairs Minister Clement Beaune echoed this, saying: “We shouldn’t lose our calm in the final days of negotiations because that’s when bad concessions can be made.”

Prime Minister Boris Johnson has publicly declared that the EU summit in Brussels this week is his deadline for a deal.