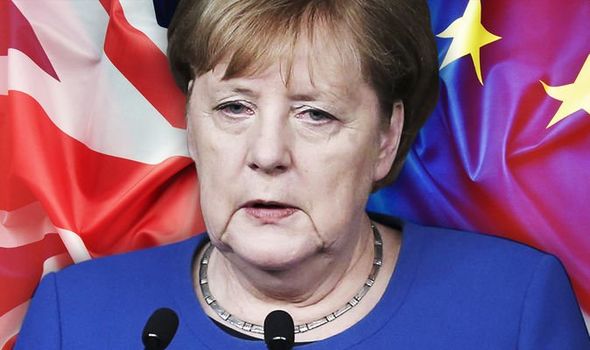 “In some places there was movement, in other places there is still a lot of work to do,” she told reporters. “For us, it is important that Ireland can continue to live in peace, that we secure the single market, but we know that Great Britain aims for a certain measure of independence, that it is no longer member of the European Union. In this spirit we have asked Michel Barnier to continue the negotiations,” she added, with reference to the bloc’s chief negotiator.”

“We have asked Great Britain to remain ready for compromise on an agreement,” Merkel added.

The German Chancellor said that if necessary the EU will “live without” an agreement.

But she added: “I believe it would be better to have such an agreement.”

It comes after EU leaders called for post-Brexit trade talks to continue beyond the end of the week, a deadline suggested by Boris Johnson. 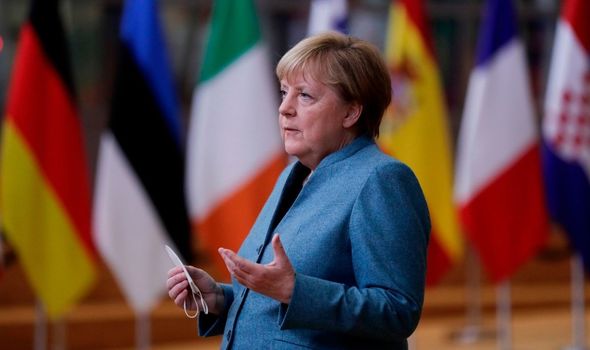 The two-day summit began on Thursday in Brussels.

The EU leaders demanded that the UK “make necessary moves” towards a deal.

Michel Barnier, EU chief negotiator, said intensive talks should be aim to reach a deal around the end of October.

However, his UK counterpart Lord David Frost said he was “disappointed” by the EU’s approach.

Posting on Twitter, Mr Frost said: “Surprised EU is no longer committed to working ‘intensively’ to reach a future partnership as agreed with Ursula von der Leyen on 3 October.

“Also surprised by suggestion that to get an agreement all future moves must come from UK. It’s an unusual approach to conducting a negotiation.”